Summer has started at Disney theme parks. The Memorial Day holiday is the unofficial kickoff of one of the busiest times on the theme park calendar. With park traffic about to increase dramatically, The Walt Disney Company has announced a lot of exciting details about the short-term and long-term aspects of their parks. Let’s take a look at the highlights.

At two different points in May, park planners revealed heretofore unknown aspects of Star Wars Land. The most important one for DVC Members is the opening date. While we don’t know exactly when this will take place, Disney was kind enough to give us a general idea.

The Parks Blog announced that the planet of Batuu will accept its first intergalactic explorers next year. The shock is that Disneyland will open its Star Wars Land first. The Happiest Place on Earth will introduce the new themed land next summer.

Meanwhile, Walt Disney World is running a bit behind due to its having extra construction unrelated to Star Wars Land. Disney’s Hollywood Studios won’t debut its version of the themed land until “late fall.” The slowdown in Orlando involves the Disney Skyliner and Star Wars Hotel.

Floridian Imagineers are constructing an entirely new transportation system, and it will connect to Hollywood Studios. Simultaneously, they’re building a new resort that will connect to a special entrance at Star Wars Land. These two extra levels of overhead will take a few more months. Star Wars fans should plan a summer trip to Anaheim if you want to be one of the first guests to visit Batuu. Since Disney’s Grand Californian Hotel & Spa is the only DVC resort at Disneyland AND the 11-month window is almost here, you should be looking for Grand Californian contracts. The odds of booking at the seven-month window for the summer of 2019 are remote.

We learned one final bit of information about Star Wars Land. Disney held a special event at Hollywood Studios, with Imagineers from the project providing insight about the themed land. Their big reveal is that the action takes place at Black Spire Outpost. It’s the “city” guests will visit on the planet of Batuu. Disney’s already added some Black Spire Outpost merchandise at some park stores.

The Themed Entertainment Association (TEA), the foremost experts in theme park attendance, posted their report for 2017. The news was cause for celebration for The Walt Disney Company. Overall, Disney theme parks increased by nearly 10 million in attendance last year, improving from 140 million in 2016 to 150 million guests in 2017.

The explanations for the growth are two-fold. The main one is that Shanghai Disneyland was only open for half the year in 2016. For this reason, its attendance improved from 5.6 million to 11 million. That’s more than half the growth right there. The other huge gainer was Disney’s Animal Kingdom.

Thanks in large part to the addition of Pandora – The World of Avatar, this park increased 15 percent year-over-year. In 2016, it was neck and neck with Hollywood Studios for the least trafficked park at Walt Disney World. In 2017, it passed Epcot to become the second most popular theme park in Orlando, trailing only Magic Kingdom.

The stunning part of Pandora’s undeniable impact is that the expansion opened on Memorial Day, the end of the fifth month of 2017. So, the attendance gains largely occurred from June until the end of the year. This year, Animal Kingdom should experience another attendance increase since Pandora will be able the full 12 months, just like with Shanghai Disneyland.

Pandora is undeniably a huge draw. We now have data to support that statement. Imagine how much Hollywood Studios will grow when Star Wars Land debuts next year!

Disney had another surprise in store for guests at Animal Kingdom. With Pandora pulling traffic to the west side of the park, executives have come with a great idea to remind guests that the east side is fun, too. They added a new character meeting to DinoLand U.S.A.!

Not to be outdone, Disneyland has added a new character meeting, too. New Orleans Square will host a meet and greet with everyone’s favorite female pirate this summer. Yes, the Redhead will talk to guests as part of the festivities for the grand re-opening of Pirates of the Caribbean! You don’t want to miss this special event.

In addition to all of these wonderful opportunities, Disney’s also added half a dozen new Magic Shots at Walt Disney World. Most of them are available at the parks, but at least one is an option at a Disney resort, too! Fans of Magic Shots (and everyone should be) can see the specific details on the Parks Blog.

Perhaps THE biggest story at Disney theme parks last month wasn’t a fun one. The rarest of rare mechanical malfunction occurred on a Disney-built vehicle. Since the company is world-renowned for its safety techniques, setbacks like this are rare, but it’s the visual that has garnered so much attention. It’s one that will linger in our collective memory for years to come.

The Maleficent float in the Festival of Fantasy parade caught fire! Some of you are nodding your heads in amusement at the memory of it. Others are heading to Google right now to find out what happened. The short story is that the mechanism that causes the fire-breathing dragon to, you know, breathe fire suffered a mishap. The impact of this issue caused the fire to happen in the wrong place at the wrong time. The dragon’s head caught fire. It looked like this.

The fire originally looked like part of the show, which is why onlookers gawked rather than scattered at first. Then, dozens of people simultaneously turned on their phones and started recording the amazing footage. This particular calamity won’t be soon forgotten. Fortunately, nobody was ever in any danger. It’s just funny more than anything else.

This month’s news comes tinged with a bit of sadness. A longstanding fall tradition at Walt Disney World is no more. The Night of Joy concert series is now a thing of the past. Disney quietly confirmed rumors that they’ve done away with this popular event. Since 1983, Walt Disney World has hosted the Night of Joy two-day event. It now joins The Osborne Family Spectacle of Dancing Lights as a beloved tradition that’s currently on seemingly permanent hiatus.

During its first run, Disney After Hours was assailed by critics as a debacle. It was sparsely attended, and cynics laughed at the thought of Disney ever holding the event again. Well, a funny thing happened after the jokes ended.

Magic Kingdom DID host another set of Disney After Hours events, and they proved much more popular. During the next event, park guests reported sellouts. Now, they’re one of the most beloved ticket events at Walt Disney World.

The Parks Blog recently revealed a summer batch of Disney After Hours nights. Here are the dates if you’re interested (and you totally should be):

The cost is $119 per person plus tax. Annual Pass owners and card-owning DVC members receive discounts, though.

We’ll end this month’s updates with some quick items involving DVC. For starters, guests staying at Disney’s Animal Kingdom Villas – Jambo House later this year should know about the pool.

Everyone’s favorite, Uzima Springs Pool, will undergo renovations starting this September. The pool and its accompanying bar will close for an undisclosed period of time, presumably a few months. This news may impact your fall/winter vacation plans. If so, act quickly while other resorts still have availability. Alternately, you can use Samawati Springs Pool at Kidani Village. On a more time-sensitive note, DVC members can partake in a special DVC Father’s Day celebration. The Grand Californian will host a Father’s Day lunch from noon to 2 p.m. Since it’s technically part of Pixar Fest, it will include some character meetings, too. Guests 10 and over will pay $53.95 for the two-hour event while children aged 3 to 10 cost $29.95.

Finally, Reunion Station is off to a strange start. Disney quietly killed off one of the signature events that it had previously announced about this concierge service. The nightly DVC member mixer is already a thing of the past. It’s unclear exactly what transpired that caused Disney to end something that it had advertised on the Parks Blog and in Disney Files Magazine. What’s important is that you had planned to visit Reunion Station for the member event, you already missed your (extremely brief) window. 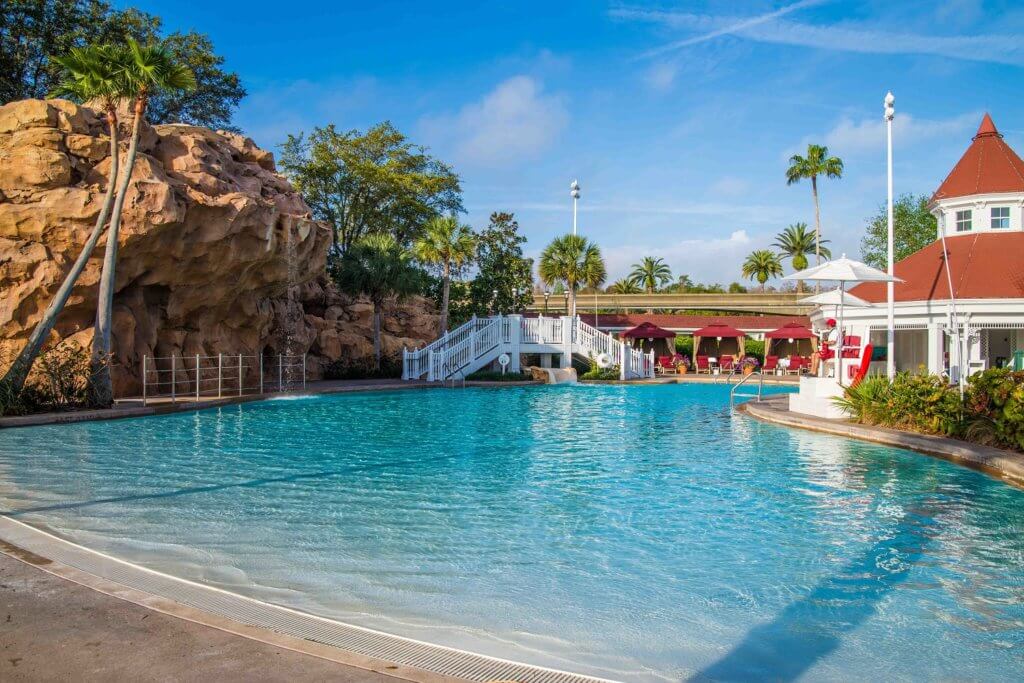