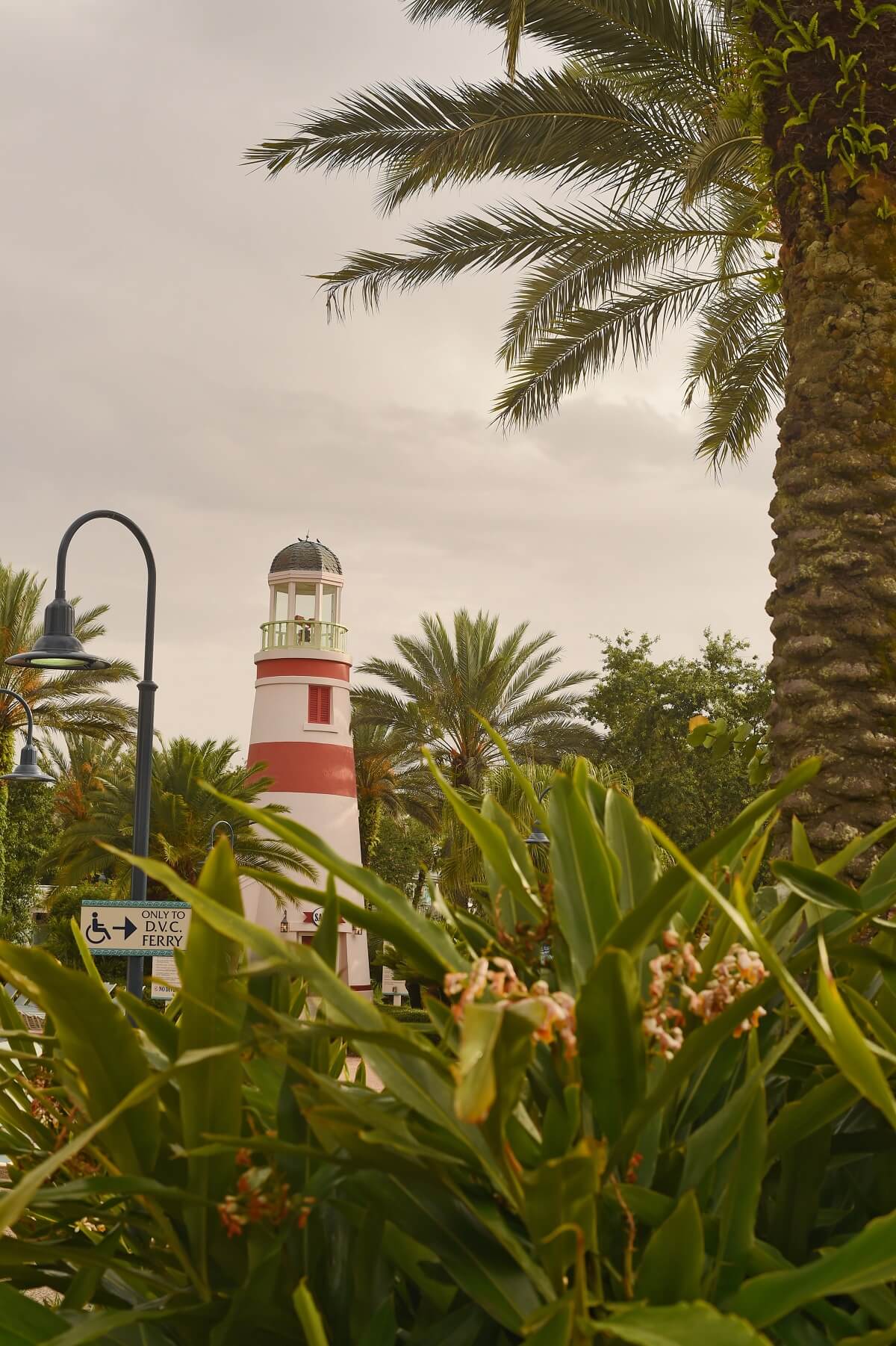 Today marks the beginning of a new series here at DVC Resale Market. We’re going to take a look at all participating Disney Vacation Club (DVC) properties, beginning with the one that started it all. Here’s a guide on the pros and cons of buying and staying at Disney’s Old Key West Resort.

Old Key West was the only game in town for DVC members for several years. Disney constructed the next two DVC properties in Vero Beach, Florida, and Hilton Head, South Carolina. These two facilities opened to the public in 1995 and early 1996. The next DVC location at Walt Disney World was Disney’s BoardWalk Villas, which debuted in June of 1996. From the end of 1991 until that time, guests wanting to stay at a DVC resort close to the Most Magical Place on Earth had one option. They spent their nights at Old Key West.  They received a phenomenal deal, too.

During the early days of DVC, participants paid $51 per point to join the club. That wasn’t even the lowest price point, either! Pre-sales for DVC cost only $48 per point! Disney expected guests to purchase 230 points, a total investment of $11,730. Don’t you wish you could go back in time and buy a bundle at that price?

At the time of publication, those same points cost $151 each directly through DVC. Via direct purchase, you’d pay $34,730 for the same number of points! That’s why 1) DVC is such a great deal. The worth of an Old Key West contract has tripled since 1991!  And 2) you should always purchase via resales. DVC Resale Market provides much better value.

The Style of Old Key West

The look of Old Key West is right here in the name. Like many DVC properties, its style hearkens back to a simpler time. Key West, Florida, is the place where Ernest Hemingway lived. His status as one of the greatest American writers fosters the perception that the city was the best place for the adventurous to live. It’s an island that’s only 90 miles away from Cuba. When people think of Old Key West, their minds wander to an idyllic vacation resort, the perfect getaway destination. At DVC’s tribute, it’s the same. Old Key West embodies the best of the island lifestyle. The main area of the property, Hospitality House, resides beside a waterfront canal. It’s not just a panoramic setting, either. The lake has utility. Guests can board boats that transport them to Disney Springs. Even when you’re not in the mood for shopping, it’s a wonderful way to spend some time. The boat trip is relaxing and beautiful to behold. While at the resort, the dock that rests above the water is a wonderful place to hang out. A Quick Service restaurant is here, giving you the option of a quick bite while you luxuriate in your surroundings.

As for the color scheme, beachfront pastels are everywhere. There’s also a giant lighthouse near the pool. Its presence enhances the theme that you’re on an island, not a resort just a few miles away from Magic Kingdom. Disney’s goal is to help you escape from the hectic pace of a day at the theme park. When you’re done facing the crowds of Walt Disney World, you can relax at Old Key West and feel your stress flow away freely. The pool music even includes thematic music such as Jimmy Buffett to complete the island vibe. You’re wasting away again at Margaritaville, but the Hospitality House bus will whisk you away to one of the theme parks whenever you want.

While guests can book regular rooms at the resort, its purpose since the beginning is as a DVC property. As such, the studio rooms are a bit unusual by Disney standards. They’re larger in size at 376 square feet. And I would go so far as to say that the construction team overcompensated with the suites. A one-bedroom at Old Key West is 942 square feet, the largest of any DVC participant. The two-bedroom suites are a whopping 1,333 square feet, which means it might be larger than your apartment/house.  Old Key West also has two story three-bedroom Grand Villas that are 2,375 square feet.

The decision was understandable. Disney was building its first timeshare equivalent. At the time, this market was worth $400 million in Orlando alone, and Disney wasn’t getting any of that money. They wanted a piece of the pie. To compete with established entities in the timeshare industry, Disney researched what guests liked about those rooms; spacing was something that guests noted as a factor for staying at a timeshare. So, the company designed the suites at Old Key West as a comparable response. Since then, Disney’s deduced that simply staying at a Disney resort using DVC points is fine for many. Later properties don’t provide the spaciousness of the original DVC resort. As such, anyone who prefers lots of space should investigate their options at Old Key West. Anecdotally, a dear friend primarily stays here for this reason. He and his family prefer not to sacrifice the space at Old Key West in exchange for a more conveniently located property.

The points chart justifies this philosophy. Old Key West provides tremendous bang for the buck. You can book a room here for as little as 10 points per night, one of the best values at Walt Disney World. Even during Premier Season, the most expensive time for DVC members on the annual calendar, a weeknight is only 20 points, while a weekend night’s stay is 26.

The suites start at a modest 21 points, an amazing deal for such spacious rooms. They increase in points cost based on the season, but they cost 32 points or less during more than half the year. What you’ll notice is that the two-bedroom villas are a tremendous value during the Epcot International Food & Wine Festival. Clever DVC members know all the way to maximize their points, and Old Key West is one of the best resorts for this purpose.

The resort hosts one Table Service restaurant, a pair of Quick Service counters, and a bar. Let’s discuss the counter options first. One of them is a part of the Hospitality House area. Good’s Food to Go has hot food for when you’re in a hurry. Its seating section is also right by the water, providing a lovely view of the nearby water.

The menu isn’t robust by any stretch, mainly offering sandwiches and Quick Service basics like burgers and nuggets. It’s perfectly fine when you need a bite, but that’s about all. Still, it’s better than Turtle Shack, the only option at the village pool. This place is only open seasonally and has a limited menu, even compared to Good’s Food to Go. You’re eating at a pool, though. Keeping that in mind, it’s perfect for those moments when you need a quick bite. It’s especially good for parents whose children are getting hangry. The bar is one of the underrated gems of Walt Disney World. The Gurgling Suitcase has a deep roster of potent potables plus a perfect location. It’s near the marina and offers the choice of indoor or outdoor seating, depending on your mood. TripAdvisor ranks it as one of the top 25 “nightlife” bars in Orlando, a strong indication of its quality.

Finally, the Table Service restaurant is among the best of all DVC resorts. Olivia’s Café is in the Hospitality House portion of Old Key West, and it’s got one of the most charming features. Pictures of DVC members adorn the walls, making it the premiere spot to appreciate the unity of the DVC program. And the food here is exquisite. The menu highlights the Florida Keys and was the unquestioned champion of Florida cuisine until Art Smith’s Homecoming arrived. For a single Table Service credit, you’ll eat at one of the highest rated resort restaurants in Orlando. At the time of publication, TripAdvisor ranks it #113 out of 2,993 overall Orlando restaurants.

The resort also features a high-quality general store called Conch Flats and four terrific pools. The leisure aka quiet pools are at Miller’s Road, Old Turtle Pond, and South Point. The primary one is the Sandcastle Pool, which is almost exactly 150,000 gallons. It’s situated by the lighthouse and has a 125-foot thematic sandcastle waterslide. It’s in the conversation for best overall DVC pool. Let’s start with the negatives. Old Key West is labyrinthine in design. More than 60 buildings populate the resort, with 761 total rooms. The place is so large than an internal bus route is necessary for pick-ups and drop-offs. You should plan an extra 5-10 minutes for any transportation due to this oddity.

Also understand that you’ll feel a bit overwhelmed during your first couple of visits until you have the lay of the land. A pro tip is to book early enough that you can reserve a room near Hospitality House. These are a special booking class, and they sell out much more quickly than regular rooms at the resort. They cost the same number of points, though. The appeal is better logistics, as you’ll be close to all the primary resort amenities plus the bus depot.

The other con is locality. Old Key West isn’t particularly close to any of the theme parks. By staying here, you’re choosing a laid back atmosphere over convenience. You’re still not far away from three of the four parks, of course. Only Disney’s Animal Kingdom is more than a five-mile drive/bus ride.

I’ve already addressed the strongest positives. The rooms are huge, the DVC points chart is generous, and the amenities are fabulous. In addition, this resort skews a bit older than most DVC properties. As the first timeshare, it’s surrounded by a golf course and also offers convenient access to Disney Springs. Many guests who stay here have done Disney to death by now and want to combine their love of the parks with a relaxing vacation. An Old Key West stay marries the two ideas, presuming that’s the vacation that you desire. It was for my family, which is why this resort was the first place where we purchased a DVC contract.

This brings me to the final note about the resort. Most Old Key West memberships expire in January of 2042. Disney tried something new here by offering a 15-year extension to customers. When you evaluate Old Key West contracts, pay special attention to the expiration date. The extra 15 years of membership is rarer but also more valuable.